Behind every woman, is a great pair of jeans.

In the summer of 2015, Levi’s® introduced the new and improved 700-series for women. It was the most versatile denim yet— featuring the latest in fabric innovations and optimizing the number of fits for more body types. AKQA was tasked to come up with a social campaign that announced the new range and educated the fans about Levi’s® heritage to drive authority in the category.

We came up with a 3 tiered campaign plan and partnered with influencers (such as Jess Hannah and Rima Rama) and set out to do two photo shoots in Los Angeles and San Francisco. I worked as the creative lead for content ideation and creation throughout the process. I art directed the photo shoots, assisted with lay downs- and model stylings, and worked on post production and prepping of all final assets.

In addition to regular social posts, we created a new Instagram handle—@LadiesInLevis—that acted as a mini social-look book of some of the new fits. 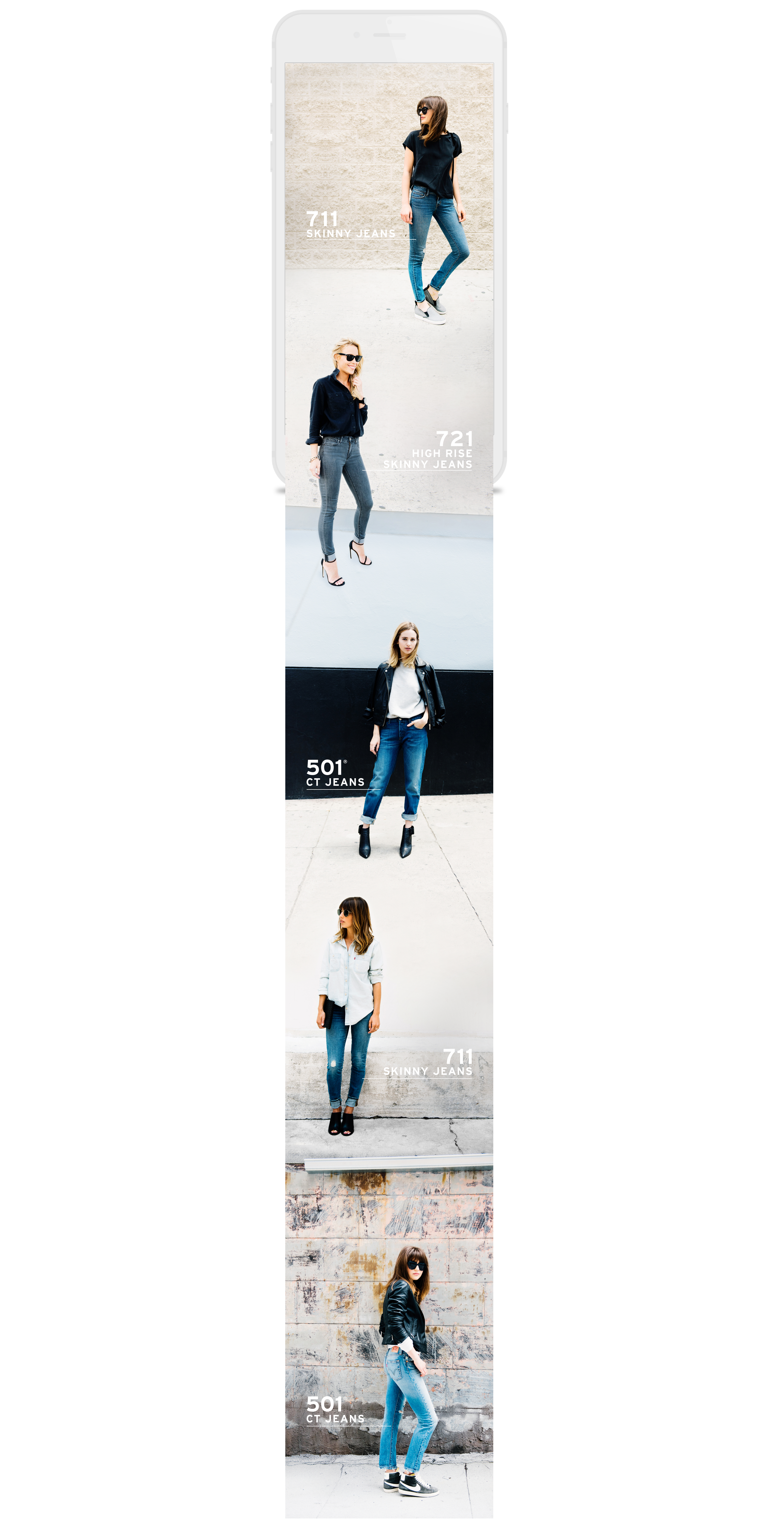